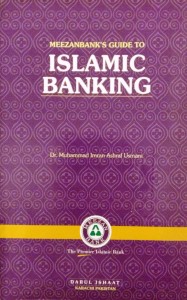 Islamic Banking Written by Dr. Muhammad Imran Ashraf Usmani. A Meezan Banks guide to interest free Islamic Banking. Today the world economic system, that is based on interest, has resulted in concentrating the wealth in the hands of selected few creating monopolies and widening the gap between the rich and the poor. In contrast Islam encourages circulation of wealth and regards its role as important to an economy as the flow of blood to our human body. Just as clotting of blood paralyzes human body, concentration of wealth paralyzes economy. The fact is that today 10 richest men in the world have more wealth than 48 poorest countries of the world. Millions are malnourished, lack access to safe water, cannot read or write, in short the quality of life has decayed and the graph continues to go down.

Economic justice requires a viable economic system supported by an efficient banking system. Interest based banking has proved to be inefficient as it fails to equitably distribute wealth which is necessary for the well being of mankind. On the other hand Islamic banking is efficient and ensures equitable distribution of wealth thus laying foundation for an inflation free economy and socially responsible banking.

There are a number of scholars on Shariah boards of Islamic banks who have compiled Fatwas, resolutions and articles on various issues of Islamic banking and finance. In Pakistan, we have at least two very comprehensive reports on Islamic banking system produced by Islamic Ideological Council 1980 and the Commission for Islamization of Economy in 1992. Therefore Islamic banking is not a utopian idea. There is a need to develop insight, educate and train the bankers in the Islamic economic and banking system. Without having a deep understanding of the principles of Islamic banking, it is difficult to offer its products and services that conform to the true spirit of Islamic shariah.

This book is containing the series of lectures included topics such as Islamic economic system, Riba, its prohibition and classifications, Islamic contract, Islamic modes of financing and their applications, banking in Islam and Islamic Investments.