Poverty and Lack of Worldly Intresets, Stories of The Sahabah, True Stories 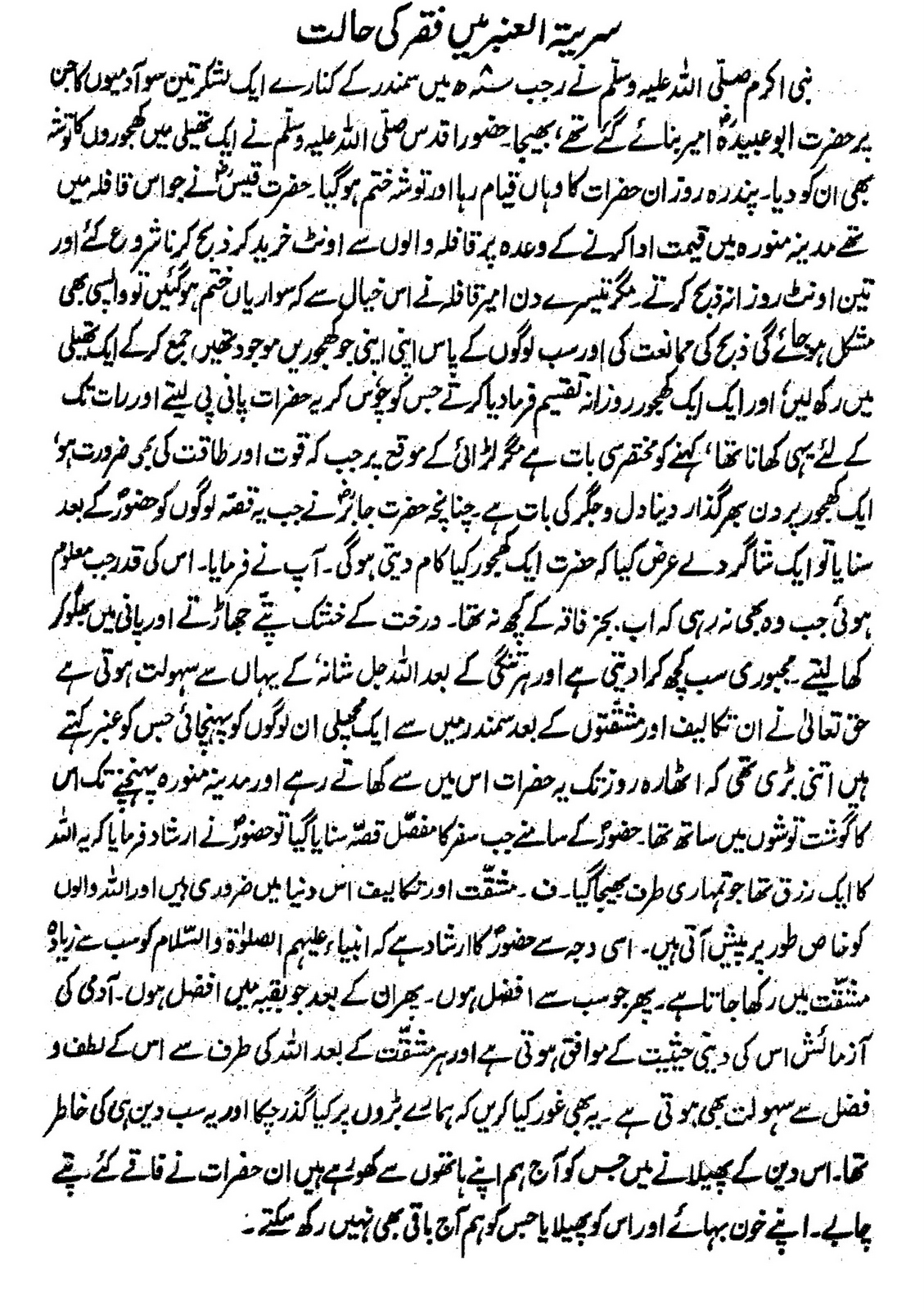 Rasulullah (sallallahu alaihi wasallam) sent a group of three hundred men towards the sea-shore, under the command of Abu Ubaydah (radiyallahu anhu) in 8th Hijri. He gave them a bag full of dates for their rations. They had been hardly out for fifteen days when they ran short of rations. In order to provide the contingent with food, Qays (radiyallahu anhu) began buying three camels daily from his own men,to feed the Mujahidin, with a promise to pay on return to Madinah. The Amir seeing that the slaughter of camels would deprive the party of their only means of transport, prohibited him to do so. He collected the dates that had been left with each person and stored them in a bag. He would give one date to each man as his daily ration. When Jabir (radiyallahu anhu) later on narrated this story to the people, one of his audience asked: “How did you manage to live upon one date only for the whole day?”

He replied: “We longed even for that one date when the whole stock was exhausted. We were on the verge of starvation. We moistened dry tree-leaves with water and ate them.” When they reached this stage, Allah ta’ala had mercy n them, for He always brings ease after every hardship, provided it is endured patiently. A big fish known as ‘anbar was thrown out of the sea for them. The fish was so big that they lived on it for eighteen days altogether. They als filled their bags with the remaining portion, which lasted them right up to Madinah. When the episode was narrated to Rasulullah (sallallahu alaihi wasallam), he said: “The fish was a provision arranged for you by Allah ta’ala.

Note:- Difficulties and hardships are not uncommon in this world to the pious,they are bound to come. Rasulullah says: “The hardest trials in this world are reserved for the anbiya, then for those who are nest to them, and then for those who are best of the rest.” The trial of a person is proportionate to his position near Allah ta’ala, and He bestows solace and comfort by His mercy, after each trial. Look how much our predecessors in Islam have suffered in the path of Allah ta’ala. They had to live on leaves of trees, starve and shed their blood in the service of the true faith, which we now fail to preserve.