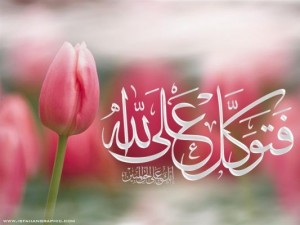 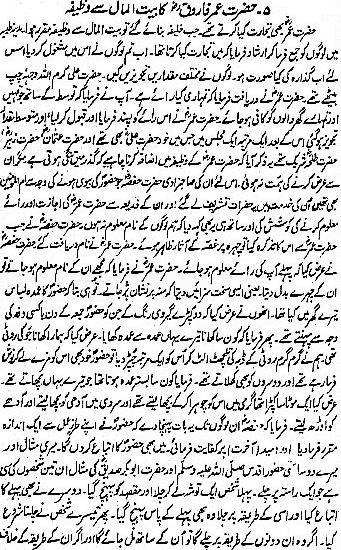 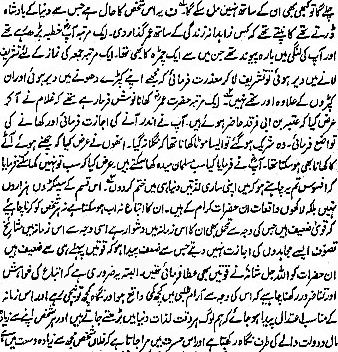 Story of Hazrat Umar’s Daily Allowance: Umar radiyallahu anhu also lived b trade. When he was made caliph after Abu Bakr, he collected the people and said to them: “I earned my living through trade. As you people have made me busy as caliph, I cannot attend to my business. Now , What about my living?”

Various amounts of daily allowance from the Bayt al-mal were suggested by different people. ‘Ali (radiyallahu anhu) did not speak. ‘Umar asked him: “Ali what is your suggestion?” He replied: “I Suggest that you should take such amount as may be on an average sufficient for your family.” ‘Umar (radiyallahu anhu) accepted his suggestion and a moderate amount was fixed as his daily allowance.

Later on some people including ‘Ali, Uthman, Zubayr and Tallah (radiyallahu anhum) once proposed that ‘Umar’s allowance should be increased, as it was hardly enough for him, but nobody dared to suggest that to ‘ Umar. People approached ummal-mu’minin “Hafsah” his daughter, and requested her to ascertain ‘Umar’s reaction to the suggestion, without mentioning their names to him. When Hafsah (radiyallahu anha) talked about it to ‘Umar, he became angry and said: “Who are the persons making this suggestion?”

Recommended  Hazrat Anas Used To Do When A Storm Approached

‘Umar (radiyallahu anhu) asked: “What was the best of food that Rasulullah (sallallahu alaihi wasallam) ever had at your house?” Hafsah said: “Simple bread was the only food we used to eat. One day I rubbed a piece of bread with the left-over from an empty butter vassel, and he ate it with relish and offered it to others as well.”

Umar (radiyallahu anhu) asked: “What was the best bedding that Rasulullah ever used in your house?” Hafsah (radiyallahu anha) said: “It was a piece of thick cloth. In summer it was spread in four layers, and in winter in two; half he spread underneath and with the other half he covered himself.”

Umar (radiyallahu anhu) said: “Hafsah! Go and tell these people that the Nabi (sallallahu alaihi wasallam) has set a standard by his personal example. I must follow him. My example and that of my other two companions, Rasulullah (sallallahu alaihi wasallam) and Abu Bakr (radiyallahu anhu), is like that of three men travelling on the same road. The first man started with a provision and reached the goal. The second followed the first and joined him. Now the third is on his way. If he follows their way, he will also join them; otherwise he can never reach them.”

Note:- Such is the life of the person who was a hread for the kings of the world. What a simple life he lived! Once he was giving the Friday salah sermon when it was seen that his lower cloth had as many as twelve patches, including one of leather.

Once he came late for the weekly Friday salah and said to the people: “Forgive me! I got late because I was washing my clothes and had no other clothes to put on.”

Once he was having his meals when ‘Utbah ibn Abi Farqad (radiyallahu anhu) asked permission to see him. He allowed him in and invited him to share the food with him. ‘Utbah started eating, but the bread was so coarse that he could not swallow it. He said “Why don’t you use fine flour for your bread, ‘Umar?” He said “Can every muslim afford fine flour bread?” ‘Utbah replied “No. Everybody cannot afford it.” He said , “Alas! You wish me to fulfill all my pleasures while I am in this world.”

Note:- There are thousands of such stories about the illustrious sahabah. Everybody should not try to imitate them, for we lack the physical strength of those people; and that is why the Sufi mashayikh of our time do not recommend such exercises, which strain the body too much, as the people are already low in physical strength. We should however keep the life of the sahabah as an ideal before us, so that we may at least give up some of our luxuries and lead a simple life (Judged by modern standards).

With the Sahabah’s lives as an ideal, we can at least feel ashamed when competing with one another in running after the luxuries of this world.