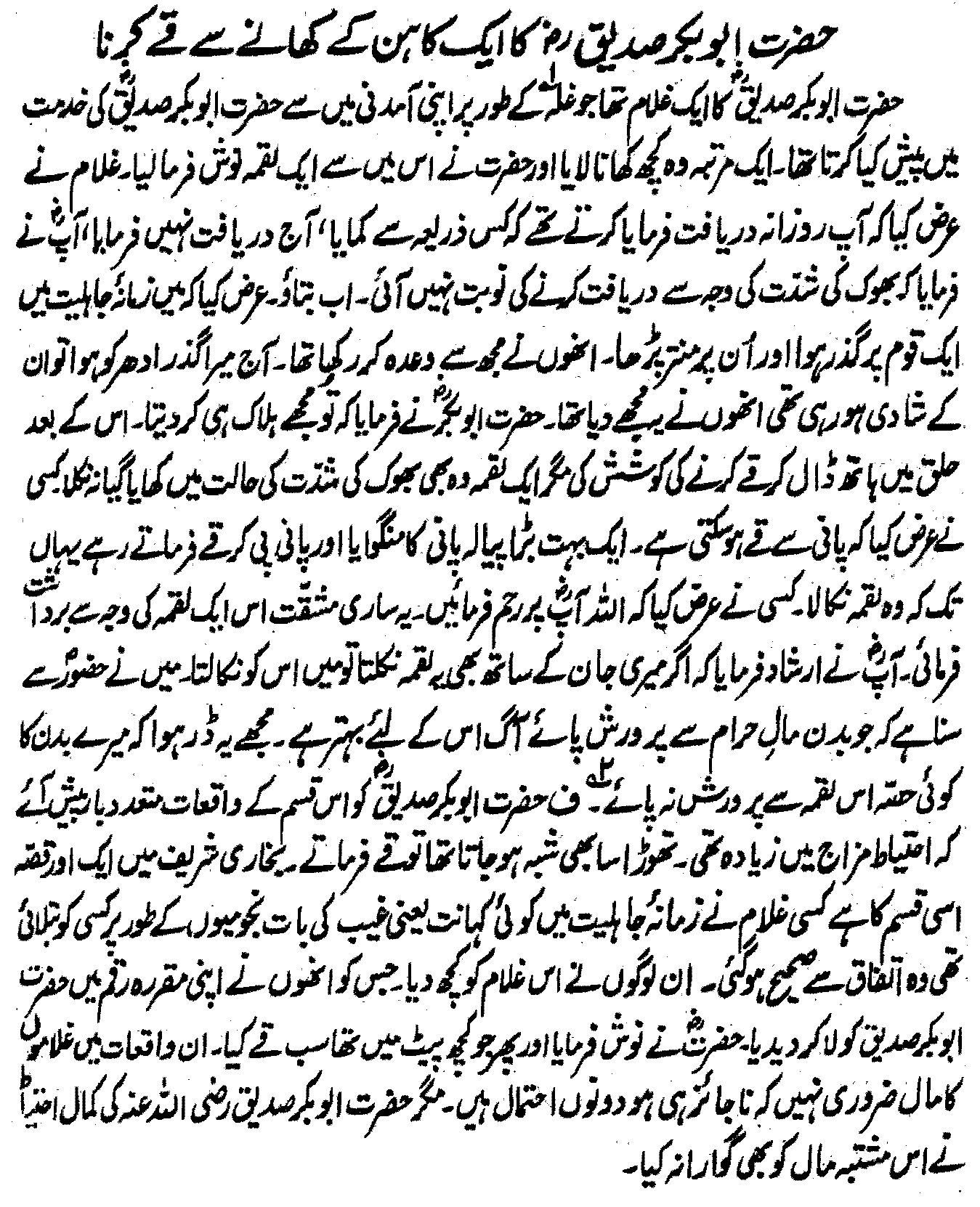 Abu Bakr (radiyallahu anhu) had a slave who used to give him a portion of his daily income as the master’s share. Once he brought him some food, and Abu Bakr (radiyallahu anhu) ate a morsel out of it. Then the slave said: “You always enquire about the source of what I bring to you, but today you have not done so. ” He replied: ” I was feeling so hungry that I failed to do that. Tell me now, how did you get this food?” The slave said: ” Before I embraced Islam, I practiced sooth saying. During those days I came across some people for whom. I practiced some incantations (magic). They promised to pay me for that later on. I happened to pass  by those people today, while they were engaged in a marriage ceremony, and they gave me this food.”
Abu Bakr said: “Ah! you would have nearly killed me?”Then he tried to vomit the morsel he had swallowed, but could not do so, as his stomach had been quite empty. Somebody suggested to him to drink water to his fill and then try to vomit. He sent for a Jar of water and kept on drinking water and forcing it out, till the morsel was vomited out. Somebody said: “May Allah Ta’ala have mercy on you! you put yourself to such trouble for one single morsel.” To this he replied:”I would have forced it out even if I had to lose my life. I have heard Rasulullah (sallallahu alaihi wasallam) saying: “The flesh nourished by food forbidden by Allah, is destined for the fire of jahannam’ I therefore, made haste to vomit this morsel, lest any portion of my body should receive nourishment from it.”
Many stories of this nature have been reported about Abu Bakr (radiyallahu anhu). As he was very cautious and would not taste anything but that of which he was perfectly sure, even the slightest doubt about not being permitted by Allah would make him vomit what he had eaten.
← Previous Post
Next Post →