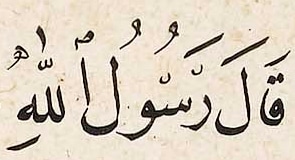 Wahb ibn Munabbah says: “Abdullah ibn Abbas (r.a) lost the eye sight in his old age. I once led him to the masjid of the Ka’bah in Makkah, where he heard a group of people exchanging hot words among themselves. He asked me to lead him to them. He greeted them with Assalamu-Alaykum. They requested him to sit down but he refused and said, ‘May I tell you about people who are closed to Allah Ta’ala? They are those whom His fear has driven to absolute silence, even thought they are neither helpless nor dumb. Rather they possess eloquence and have power to speak and sense to understand. But constant glorification of Allah ta’ala name has so over-power their wits that their hearts are overawed and their lips sealed. When they get established in this state, they hasten towards righteousness. Whither have you people deviated from this course?’ After this advice, I never saw an assembly of even two persons in the Masjid of the Ka’bah.”

Note: It is said that Ibn-e-Abbas (r.a) used to weep so much out of Allah Ta’ala’s fear that the tears streaming down his cheeks left permanent marks on them. I this story, Abdullah ibn Abbas (r.a) has prescribed a very easy way to righteousness. This is to meditate over the greatness of Allah ta’ala. If this is done, it becomes very easy to perform all other acts of righteousness with full sincerity. Is it so very difficult to devote a few minutes, out of the twenty four hours of a day at one’s disposal, to this spiritual meditation?