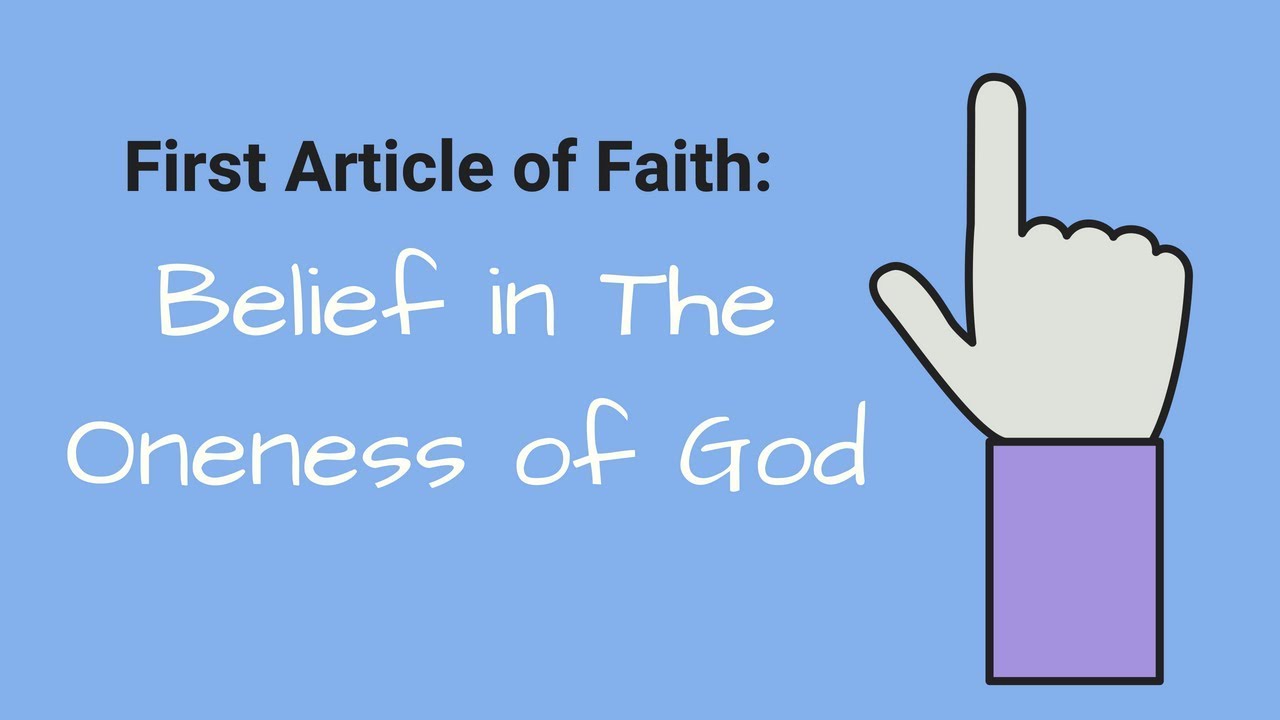 The first and the most important principle of Islam which serves as the bed-rock on which is built the whole edifice of the all comprehensive code of temporal and spiritual life of human beings is the belief in the existence of the one and  only one supreme beings Allah. Every thing that exists has its beginning from and returns to Allah.
Not only Allah the Supreme Being is self-existing but in this existence He is all alone without any partners of any kind either in His person or Attributes.
A person who firmly establishes his faith in Allah, with all his qualifying attributes as described above, is in possession of such advantages (a few mentioned below) that help him to build his character on the highest moral and spiritual plane.
1. UNIVERSAL OUTLOOK
One who believes in the existence of a being who is the creator of the
Universe, the Lord of the heavens and the earth, the provider of sustenance to every created being and knowing that every created thing in this world is the manifestation of His bounty and mercy, and is ever praising and glorifying him in its own way, can not but feel himself at one with them. All his sympathies, his love and devotion and his sense of service and sacrifice assume a Universal character divesting him, of all self-centrad interests, one who believes in “Rabbul Alamin” (The Lord of creation) cannot afford to be narrow minded or sectarian in his outlook. He will cherish a cosmic consciousness.
2. HUMBLENESS
The believer knows that he is powerless before the Might and Majesty of Allah, and that he cannot extricate himself from his sway and sovereignty, and that every thing in the universe depends upon his providence. With such a belief one cannot afford to be proud of any thing and arrogant in bearing.
3. SELF-RELIANCE
A proper knowledge of the true relationship between the creator and
Created leaves no room for entertaining false hopes and expectations. Without right belief accompanied by deeds of virtue, no salvation could be achieved. No one can be an intercessor, a redeemer, or a saviour with Allah without his consent.
4. HOPE AND TRANQUILITY OF MIND
The believer knows that God is never to him than his jugular vein and
hears him when he earnestly supplicates to him. He never exercises any injustice upon his creatures. His errors and turns with mercy towards those who turn to him with a relenting heart, and therefore, the believer in Him need not despair of His mercy. His remembrance fills his heart with mercy. His remembrance fills his heart with tranquility, hop and contentment.
5. PATIENCE AND TRUST.
The hope develops in the believer patience and unquestioning faith in and reliance upon God. He who has put his trust in God, has secured a prep which cannot be shaken. All the power and might of the creator of the heavens and the earth, he begins to feel, is with him. His knows that every thing that happens is for his own good and there is no one to help him out except his God if any misfortune befalls him. All the prophets and great men of the world who boldly faced all odds and every king of tribulation and came out successful in the end were endowed with this power of patience and perseverance and an unshakable trust in the Almighty.
6. VALOUR
Two things make a man coward: one is the attachment which he feels towards his own life, his family and his wealth, and the other is that mistaken apprehension which has the capacity of injuring other. The believer in Allah feels that God alone has the foremost right for his love, his family or property are things which he has to quit one day when he has to depart from this world.  This worldly life is only for a few days, and all its attachments here are temporary. Why should he not seek the pleasure of his lord which will give him an everlasting bless? Why then should a believer fears others leaving God aside?..
7. CONTENTMENT
The believer in Allah knows that all honour and grace is in His hands and He bestows it on whomsoever He likes. Therefore a believer seeks the grace of his God in an honourable way without sacrificing his self-respect and feels contented with whatever he is able to obtain and helps self satisfied severity.
8. RECTITUDE
Belief in Allah creates a sense of responsibility in the human individual and awakens in him a strong conscience which directs him towards the path of righteousness under all circumstances, for the believer in Allah knows that the knowledge of Allah comprehends everything and nothing is hidden from his sight. Even the innermost feelings and apprehensions of human intellect are no secret from Him. All commands and prohibitions that Islam has enunciated for its followers in matters spiritual, moral and temporal do not depend for their implementation on any police or military force or courts of justice or elaborate system of instruction and education but on a motive power based or the belief that He how has issued there command is omnipotent, omnipresent, and omniscient, for whom no breach of law goes unnoticed and from whose dispensations there is no escape.
← Previous Post
Next Post →