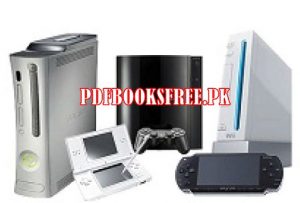 An Islamic Ruling about Video Games by Mufti Muhammad Yousuf Ludhyanvi R.A . Translated in to English by Ibrahim Saifuddin.

Question: What is the ruling regarding video games, which are now prevalent in our society, if no betting or rewards for winning a game are involved in it and they normally consist of various things including sharpshooting etc?

Answer: Video games are not permissible due to some reasons from what has been learnt regarding them. Firstly, there is no deeni or bodily benefit in it and that game which is void of these two benefits is impermissible.

Secondly, time and money gets wasted in it and it makes one hinder from the remembrance of Allah (Subhanahu wa Ta’ala).

Thirdly, once playing these games become a habit, it is hard to leave it.

Fourthly, many games involve pictures and photographs which are impermissible in shariah.

Based on these reasons, video games fall under what is referred to in the following verse of the Quran:

“There is a man among the people who buys discourses of distracting amusements لھوالحدیث so that he may mislead (people) from the Way of Allah and make a mockery of it. For such people there is a disgraceful punishment.” – [Surah Luqman 31:6]

Hadhrat Hasan  has stated regarding “Lahu al-Hadith” that it includes all those things which hinder a person from the worship and remembrance of Allah, for example, useless talk tales, jokes, absurdities, using musical instruments etc.

Remember, although the reason of revelation for the above verse is regarding a specific context, the words used are common and can be applied for any situation – meaning, any game which is not beneficial and wastes money as well as time, will fall within the boundaries of the above verse. And because videogames have all these harms in it, it is impermissible. Thus spending money and time in it is impermissible and it is obligatory to leave it.