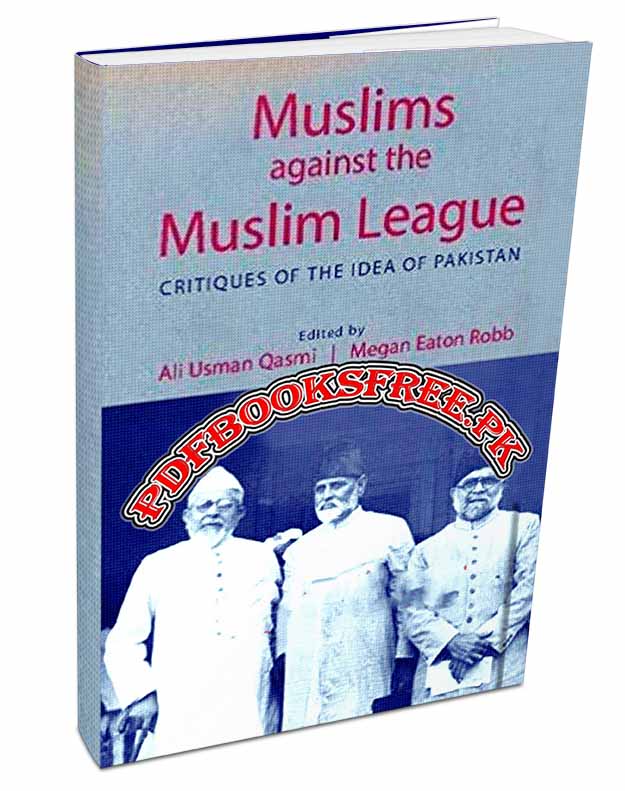 Muslims against the Muslim League Critiques of the Idea of Pakistan Edited by Ali Usman Qasmi and Megan Eaton Robb.

The popularity of the Muslim League and its idea of Pakistan has largely been measured in terms of its success in achieving the end goal – creation of a sovereign state in the contiguous Muslim majority regions of North West and North East India. This has led to an oversight of various Muslim leaders and organizations which were opposed to this demand, predicating their opposition to the League on its understanding of the history and ideological content of the Muslim qaum (nation). This volume addresses the gap in academic literature by taking stock of multiple narratives about Muslim identity formation in the context of debates about Partition, historicizes those narratives, and reads them in the light of the larger political milieu of the period in which they were being shaped and debated. Focusing on the critiques of the Muslim League, its concept of the Muslim qaum, and the political settlement demanded on its behalf, this volume goes beyond the machinations at the level of high politics to how the movement for Pakistan inspired a contentious, influential conversation on the definition of the Muslim Qaum.

This volume adds to the canon of works on the history of the Muslim League, Jinnah’s politics and the creation of Pakistan. It focuses on the voices of dissent coming from political leaders, religious organizations, ‘Ulemas and activists who offered, with varying degrees of success, alternative visions and critiques of the idea of Pakistan.

Ali Usman Qasmi is at the Department of Humanities and Social Sciences in Lahore University of Management Sciences, Pakistan. He did his PhD from the South Asia Institute of Heidelberg University. He was a Newton Fellow for Post-Doctoral research at Royal Holloway College, University of London.

He is also the author of Questioning the Authority of the Past: The Ahl al-Qur’an Movements in the Punjab, and The Ahmadis and the Politics of Religious Exclusion in Pakistan, which won the Karachi Literature Festival Peace Prize in 2015.

Megan Eaton Robb is at the Department of Religious Studies in University of Pennsylvania, USA. She completed her DPhil from the Oriental Institute of University of Oxford. She was previously a Junior Research Fellow at Oxford Centre for Islamic Studies. Her research interests include gender and religion in South Asia, history of Islam in South Asia, and Hindi and Urdu public spheres.

This book is now available here on Pakistan virtual library in high quality Pdf document for the study of our users. Check out the following links to read online or download the complete book in Pdf format and enjoy offline reading.