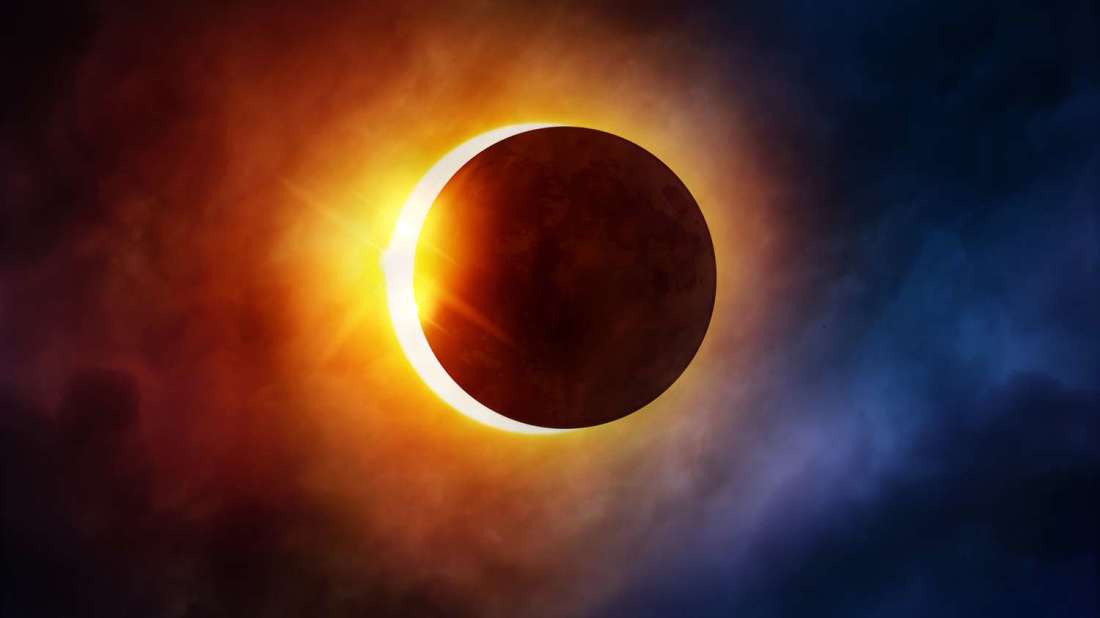 The action of Rasulullah’s at the Time of Solar Eclipse

“But Allah would not punish them while Thou art with them, nor will He punish them while they seek forgiveness.” (VIII-33)
He then addressed the people saying:
“You should hasten’ for Salaat whenever you happen to find the Sun or the Moon in eclipse. If you happen to know the signs of the Last Day as I do. then surely you would weep more and laugh less. In all such happenings, prepare to Salaat; pray to Allah and distribute alms to the poor.”