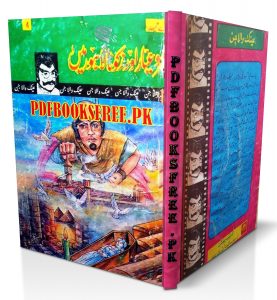 Umro Ayar Aur Zakoota Lahore Mein Novel Ainak Wala Jin Series Part 4 authored by Late Abdul Hameed Sahib, usually known as A Hameed. Ainak Wala Jin is a popular children series which contains humor and fiction stories for kids in Urdu language. A famous kid’s drama serial was broadcast from Pakistan television Lahore center in 1993 on the basis of this series. Due to the huge public demand, this drama was telecast two times on PTV. It was very popular among kids and parents for its humour and fictional storyline. The main theme of this series is a combination of humor, fantasy, science fiction, action, adventure and fantasy.

See more series of A Hameed: