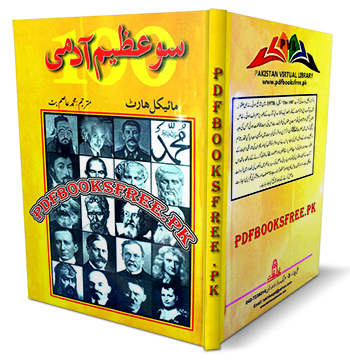 100 Azeem Aadmi Urdu Authorized translation from the English language edition, entitled “The 100: A Ranking of The Most Influential Persons of All Times” by Michael Hart. Translated into Urdu by Muhammad Asim But. This book represents a list of 100 most most influential persons along with brief history in Urdu language. It is a ranking of the 100 people who, according to Hart, most influenced human history.

100 Azeem Admi book is now available here on Pakistan virtual library in high quality pdf document format for the study of our visitors. The book is available to read online with the facility of downloading. Check out the following links to read online or download the complete book in Pdf format and enjoy offline reading.