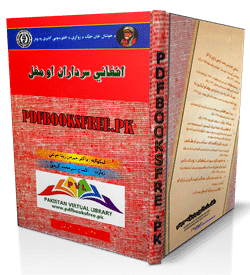 Afghani Sardaran Ao Mughal by Sher Muhammad Karimi Pdf Free Download
Afghani Sardaran Ao Mughal authored by Sher Muhammad Karimi. Pashto translation of “The Afghan Nobility and The Mughals” which was written by Rita Joshi.
In the history of Medieval India, the Afghan had, gradually, emerged as a formidable force, as early as the 14th century. As the Turks came to India through Afghanistan they freely recruited in their armies Afghan soldiers who were found very suitable for the vanguard of the army. By sheer dint of their military ability and prowess in the battlefield they carved out a significant place for themselves in the politics of the Sultanate period, so that they ultimately succeeded in establishing their political supremacy in northern India.
The Story of the emergence of the Lodis and the part they played in the political life of northern India has already been analyzed in works like the first Afghan empire by Dr. A.B. Pandey and History of the Lodi Sultans of Delhi and Agra by Abdul Halim. Their gradual decline and the subsequent rise to power of the Afghans, under the Surs, after fourteen years, has also been thoroughly discussed by scholars like Porf. K.R. Qanungo in his book “Sher Shah and His Times” by P. Saran, by Iqtidar Husain Siddiqui and a number of other scholars. But not much has been written about the Afghans after the fall of the Sur dynasty even though the Afghans continued to play a significant role, particularly in the military activities of the Mughals. Their relation with the ruling authority, i.e. the Mughals, forms an important aspect of study in the history of Mughal India, which has not received proper attention from scholars.
This book is a humble attempt to fill this gap. During the Mughal period the Afghan nobility played a fairly significant role in contemporary politics. This group which was generally treated by the Mughals as an indigenous Muslim group was used as a balancing force against the Rajput nobility, the Persian nobility as well as the Mughal nobility, with the result that sometimes they have to be given a liberal treatment. But whenever there was an apprehension from them, due to their growing influence, their power had to be curbed. Thus the frequent shifts in the attitude of the Mughal rulers towards the Afghan nobility presents a very interesting study. It is difficult to assert how far the attitude of a particular Mughal emperor towards the Afghan nobles, at a particular point of time, was justified or unjustified but that is not the purpose of this book. Here only a modest attempt has been made to present an objective analysis of the process that was developing and functioning during this period.
For the sake of convenience, the book has been divided into eight chapters. The first chapter has been devoted to a description of the topography of the Afghan region, the homeland of the Afghans and their gradual migrations to northern India. The second chapter describes the position and power enjoyed by the Afghans during the Sultanate period and serves as a necessary background for the main story which is covered in the nest five chapters. Chapters third to seventh which form the backbone of the book discuss the role of the Afghan nobles during the Mughal period, and the policy which the Mughal emperors, from Babar to Aurangzeb, adopted towards them from time to time. In the last chapter an attempt has been made to give a brief conclusion to the general account provided in chapters third to seventh.
This book “Afghani Sardaran Ao Mughal” is now available here on Pakistan virtual library for online reading and download. Check out the following links to read online or download the complete book for offline reading and reference.
Read online
Download Now