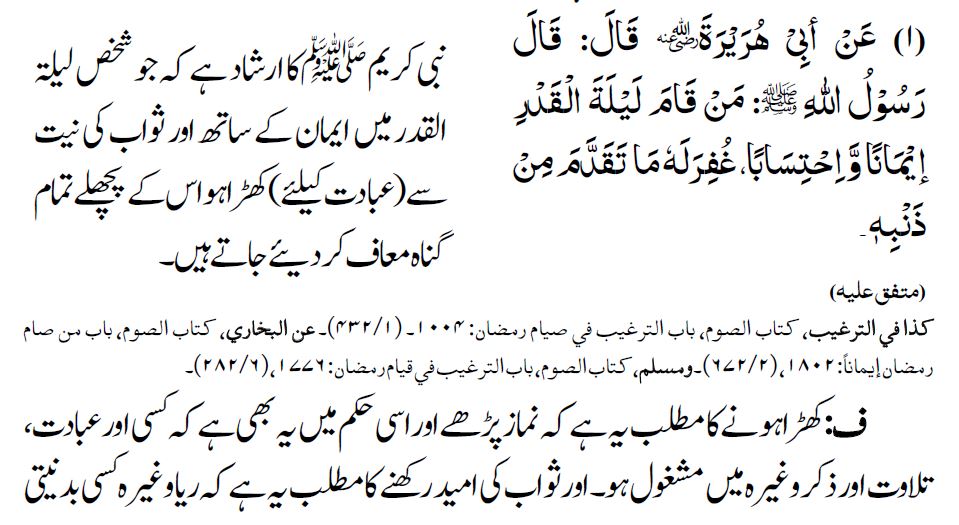 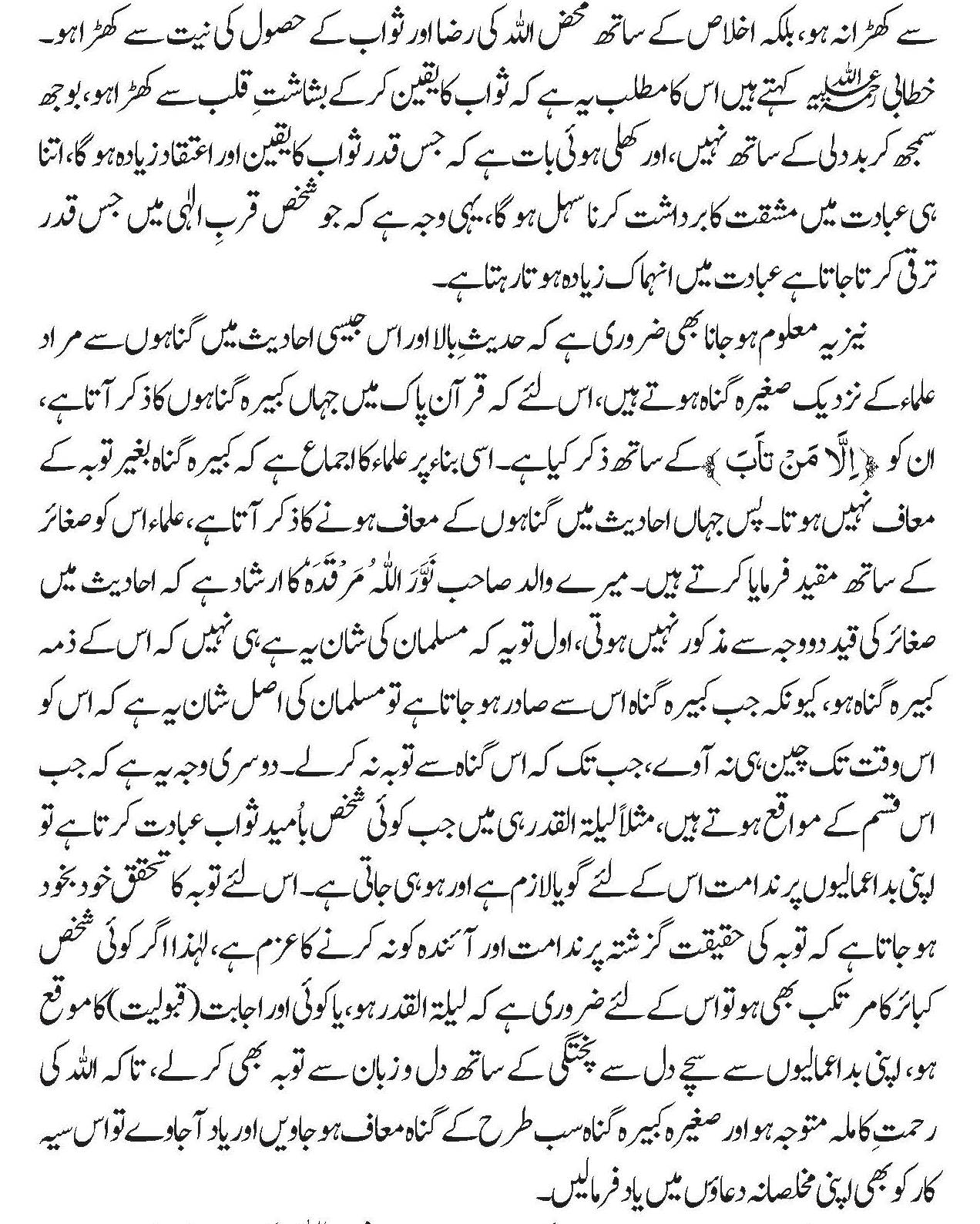 Abu Hurayrah (radiyallahu anhu) reports that Rasulullah (sallallahu alaihi wasallam) said: “Whoever Stands in (worship) on laylat al-qadr, with complete faith and with hope of gaining reward, all his previous sins are forgiven.”

In the above Hadith, “standing” refers to salah, but includes any other form of worship of Allah, as for example Dhikr, recitation of the Quran etc. The phrase “with sincere hope of gaining reward.,” means that one’s intention should be pure and one should stand before Allah ta’ala in great humility and sincerity.

According to al-Khattabi (rahmatullah alaihi), it means that one should have complete faith in the promise that deeds shall be rewarded and should not have the idea that this form of worship of Allah is burden, nor should he have any doubts (as to whether the promised reward shall be granted).

After all, it is a known fact that when one aims high and desires a great reward, while at the same time having complete certainty of receiving it, the task of striving hard in worship to attain that goal becomes easy. This is the reason why those who have become spiritually elevated in Allah ta’ala’s sight find it easy to remain in worship of Allah almost at all times.

It will be noted that where the Hadith speaks about previous sins being forgiven, the Ulama have said that this forgiveness (as recorded in the above Hadith and in others) refers only to minor sins, because as indicated in the Quran, the major sins can only be forgiven after sincere repentance, with vow never to commit such sins again. So, whenever a Hadith states that sins are forgiven, the Ulama take it to imply minor sins.

Maulana Muhammad Zakariyya Kandhalwi said that his late father (may Allah ta’ala bless him and grant nur in his resting place) used to say that for two reasons the word “minor” has been omitted in the Hadiths. First, he says, a true Muslim is one on whom no major sins should rmain, because whenever a major sin has been committed by him, he will never rest or find peace until he has sincerely repented to his Sustainer.

Secondly, during such great and blessed days and nights, when a true Muslim stands before his Sustainer in worship and adoration hopping to gain reward, then he in his conscience feels grieved for  his previous sins, which, together with the resolution not to return to such deeds,  are the most important requirements of repentance.

This means that, on such days and nights, the worshipper indeed repents for major sins that have been committed by him (leaving only minor sins to be forgiven). It is best, however, that when a night like laylatal qadr comes along, one should first of all repent verbally, with his heart full of sincere longing for forgiveness, so that Allah ta’ala in His infinite mercy may forgive all forms of sins. And when you do this, remember me, too, in your Dua.