Short Introduction of Muhammad Anwar Sadat Egyptian President Muhammad Anwar Sadat, Egyptian statesman and successor to President Jamal Abdul Nasir since 1970, was assassinated in 1982. He rehabilitated Arab’s confidence by almost defeating Israel in the 1973 Arab-Israel war. Against the will of the Muslims, he visited Israel in 1977 and struck a relations […] 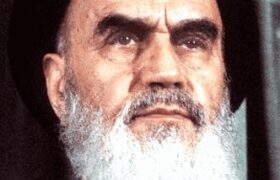 President of Pakistan Muhammad Ayub Khan (1907-74) First Pakistani Commander In Chief of Pak Army. He was born in N.W.F.P (Khyber Pakhtunkhwa), educated at the Muslim University Aligarh before he wen to Royal Military College, Sand Hurst, where he was commissioned in 1928.  Early in 1934, Ayub Khan was made Colonel and was promoted as […]