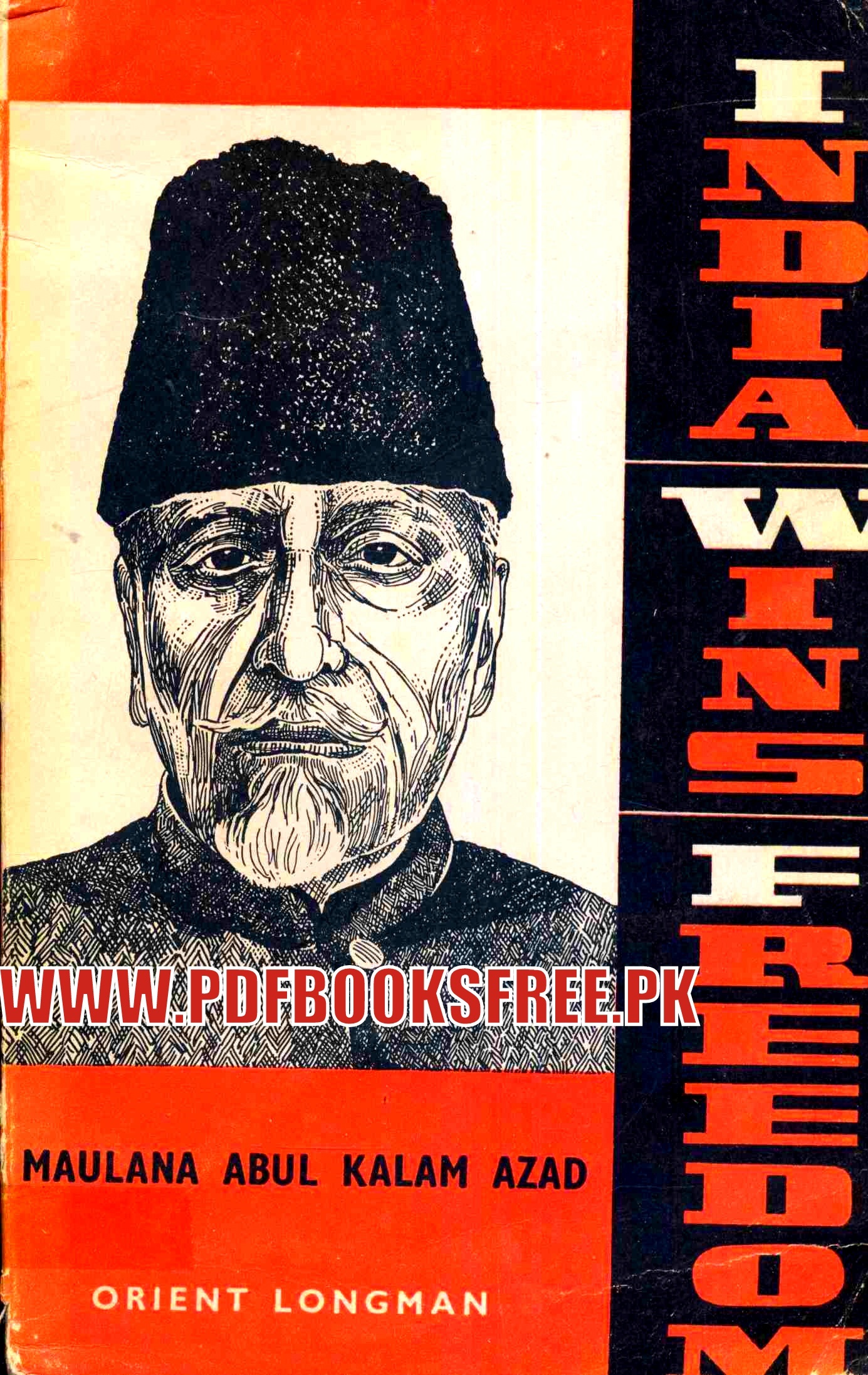 India Wins Freedom an Autobiography by Maulana Abul Kalam Azad. Maulana Azad was born in 1888 and died in 1958. His real name was Firoz Bakht at birth but was known in his youth as Muhiuddin Ahmad and later adopted the pseudonym of “Abul Kalam Azad. He was descended from a family which came from Heart to India in the time of Zaheer ud Din Babar and among his ancestors were well-known scholars and administrators. Two years after his birth in 1888 in Mecca where his father Maulana Khairuddin had migrated after the 1857 Revolt, the family moved and settled in Calcutta. Azad was educated at home by his father and by private tutors. His political awakening was stimulated by the partition of Bengal in 1905.

Maulana Azad travelled extensively in Ira, Egypt, Turkey and France and had planned to visit London but his father’s illness obliged him to return home in 1908. Azad started the Urdu weekly magazine Hilal at Calcutta in July 1912. He opposed the Aligrah line of remaining aloof from the freedom movement. With the outbreak of war in Europe in 1914, the journal was banned under the press Act. He then started another Urdu weekly Al-Balagh, also from Calcutta, in November 1915, and this continued to be published, until March 1916, when Azad was externed under the Defence of India Regulations. The government of Bombay, Punjab, Delhi and the united Provinces banned his entry, and he went to Bihar. He was interned in Ranchi until 1st January 1920.

After his release Azad was elected President of the All India Khilafat Committee ( at the Calcutta session, 1920 ), and of the Unity Conference at Delhi in 1924. He presided over the Nationalist Muslim Conference in 1928. He was elected President of the Indian National Congress in 1923, and again in 1940, and continued to hold this office until 1946. He led the negotiations on behalf of the Congress Party with the British Cabinet Mission in 1946. Later he joined free India’s first government as Minister for Education, a post he held until his death on 22 February 1958.

India Wins Freedom book described the complete autobiography and history of Maulana Abul Kalam Azad in English language. Click on the below mentioned link to read online and download the complete book in Pdf format for offline reading.