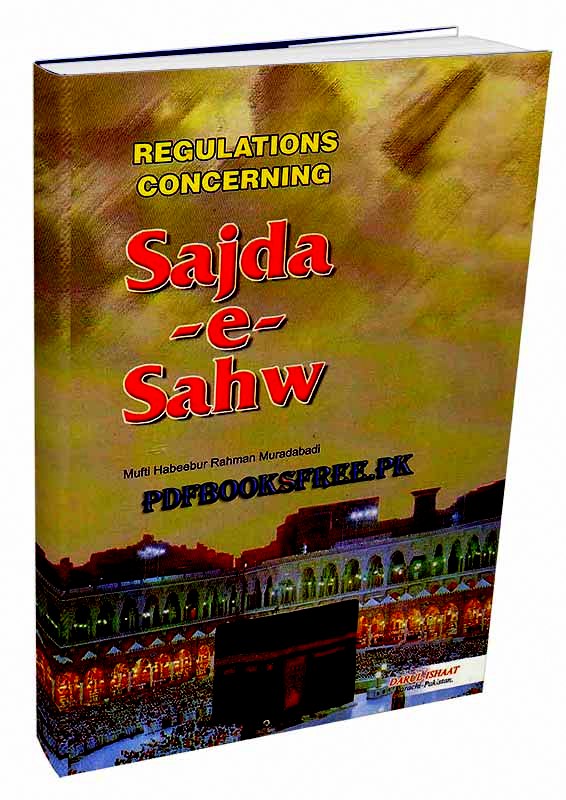 Regulations Concerning Sajda-e-Sahw Book Authored By Mufti Habibur Rahman Muradabadi. There is no doubting the fact that the prayer is the most important pillar of Islam, and that offering the prayer five times a day is the sacred duty of every sane and mature Muslim. But unfortunately, due to widespread ignorance and careless attitude towards religion, many people are not fully acquainted with the various injunctions pertaining to the great act of worship, and on account to this unawareness may people remain deprived of the reward for their prayers. May times the prayer is rendered invalid and we not even know.

Humans are prone to err, and just like in countless other affairs, mistakes are made also during acts of worship. At times one omits a Fardh or Wajib item of prayer, or makes a mistake regarding their sequence or performs a Fardh or Wajib item more than once. Similarly one neglects at times a Sunnah or Mustahabb item, or errs regarding the number of Rakat. At times one makes mistaes during Qirat and at times one omits an Ayat. In, short, there are many cases in which the prayer is invalidated, but due to insufficient knowledge of the religious injunctions many of our brothers as well as the Imams in the mosques, think that the prayer will be in order if one performs Sajda e Sahw, no matter what kind of mistake was made.

Likewise there are many instances in which it becomes legally incumbent to perform Sajda e Sahw, but yet they fail to do so and in other causes which do not entail Sajda e Sahw, they perform it. Some people even think that Sajda e Sahw is the panacea for all mistakes, and other are so obsessed with Sajad e Sahw perform it even on the slightest doubt.

Even those who are considered staunch followers of the Holy Law and who are to a certain extent acquainted with its various injunctions, know only a few cases which entail Sajda e Sahw. And similar is the condition of an average educated person. I have seen many times how people spoil their prayers, so it is an urge to compile the injunctions pertaining to Sajad e Sahw in book form and to get them published, so that the Muslims in particular those who function as Imams, may correct their prayers and thus save them from being invalidated or remaining defective.

Read this book yourselves, read it out to others as well and explain them the injunction contained therein. Most of the injunctions pertaining to Sajda e Sahw have been included in this book, which were taken from authentic reliable works of Fiqh and Fatawa. For the reader’s reassurance and satisfaction, the names of the references were given, too. May Allah render this book beneficial and useful for the Muslim community, and may it become a means of salvation for the author. Ameen

The book “Regulations Concerning Sajda-e-Sahw” is now available here on Pakistan virtual library in high quality Pdf document for the study of our users. Check out the following links to read online or download the complete book in Pdf format and enjoy offline reading in your computer and smartphone.