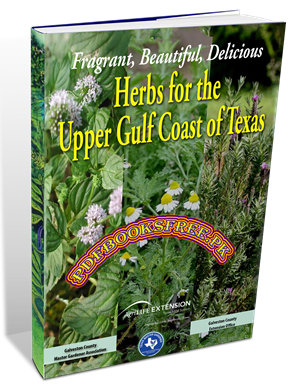 Introduction:- Human fascination with herbs started thousands of years ago. They have played an important role in medicine, politics, religion, romance, cooking, per-fume-making, and superstition throughout human history.

It is believed that Neolithic man used herbs for food, healing, and shamanic rituals. For instance, marjoram pollen was discovered in caves dating back 60,000 years. Some herbs were believed to have magical powers, and were sometimes burned for their pleasing scent to keep the gods appeased. Many herbs had medicinal uses, and have been used for millennia to cure illnesses. Today, herbal folk remedies are used by most of the world’s population, especially in countries where refined pharmaceuticals and advanced medicine are not available or affordable.

Written references about herbs were found as far back as 3000 B.C. The Chinese considered Artemisia (an early species of sagebrush) to have special proper-ties. The seminal ancient Greek physician Hippocrates lauded the use of mustard and other herbs in his cures. For thousands of years, herbs were relied upon by all cultures to preserve the taste of meats before refrigeration and to flavor dishes that would otherwise be boring and bland. Herbs and herb fragrances have factored into the creation and use of cosmetics too. Even today, herbal shampoos, sprays, perfumes, and lotions abound in all our stores. During Victorian times, a small bouquet of flowers and herbs, was given as a message of love or displeasure to someone, like a letter or a poem. Herbs have been used in floral designs too, as background greenery to freshen and enliven an otherwise staid floral bouquet.

What’s an herb and what’s a Spice?

The word “herb” comes from the Latin word ‘herba’ mean-ing “grass.” The “h” was not pronounced in Latin or in the early romance languages. However, Old and Middle English did generally pronounce the “h”, as British English still does today. In American English, the “h” can be pronounced or can be silent as other romance-language borrowed silent “h” words like “honor”, “hour”, and “honest”.

An herb is defined as “a flowering plant whose stem above ground does not become woody and is valued for its medicinal properties, flavor, and scent.” A spice is defined as “a class of pungent or aromatic substances of vegetable origin, used as seasonings and preservatives.” An herb is generally a plant whose leaves and stems are used such as mint, basil, dill, parsley, and bay. Spices include dried seeds (cumin, cardamom, mustard), buds (cloves), fruit or flower parts (pepper, saffron) and bark and roots (cinnamon, ginger). To add to the confusion, some plants are both herbs and spices. For instance, allspice is a plant whose leaves can be used as an herb, like bay leaf, while its dried seeds are used as a spice.

This book throughout has focused on the important people who have shared their knowledge and experience of herbs. Their knowledge is real, hands-on — not abstract and removed. The personalities of Madeline Hill, Gwen Barclay, Donna Ward, Jim Johnson, and others will shine through these pages, as they give their personalized insight into and their experienced advice on the confusing world of herbs.

We hope this herb book brings the readers as much pleasure, knowledge, and joy in herbs as it has brought us, the Galveston County Master Gardeners.

Herbs for the Upper Gulf Coast of Texas book is now available here on Pakistan virtual library for online reading and download. Check out the following links to read online or download the complete book in high quality Pdf document format for offline reading and research purposes.