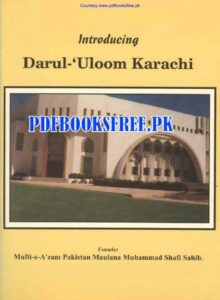 In addition to that, it is an undeniable fact that knowledge, Islamic knowledge in particular goes hand in hand with the following of Sunnah and the spirit of the great forbears of Islam. Unless one is trained and groomed to imbibe in one’s person, their ways and temperaments, no matter how high one has reached in knowledge, intellect and research, one carries on weight in the sight of Islam.

The system of education instituted by the British in the subcontinent has, during the last on hundred years, poisoned hearts and minds to a degree that is alarming. Facing this challenge, even if we introduce a curriculum of Islamic sciences in the existing public schools, how are we going to plant the modality of standard religious grooming in that system. This modality is marked by adherence to Sunnah and faith in the paramount status of the early righteous elders. This is an essential ingredient, a hereditary hallmark and spirit of Islamic schools, and could not be easily transferred to current public schools of our time. Any effort to make this possible at its best would call for a long-drawn and highly organized struggle. Unfortunately, no signs of success in this venture seem to be visible now, or in the near future. Therefore, unless the public school system at large comes to imbibe this standard religious temperament and tast, religious education cannot be postponed for the sake of a vague hope and wherever something like this has been done, common Muslims have suffered and their pathetic condition is before us all.

So, these were some reasons why the Ulama and the large community of Muslims who feel and act for the protection of their faith found it necessary to establish classical Islamic Schools in Pakistan and see that they continue playing their functional role in the society.

THE ESTABLISHMENT OF DARUL ULOOM AT KARACHI.

After his migration to Pakistan, Maulana Mufti Muhammad Shafi had made two objectives the sole purpose of his life. The first was to struggle of the implementation of Shariah of Islam in Pakistan while the second objective was to establish a Darul Uloom at Karachi which was to be befitting institution of higher Islamic learning in metropolis.

This book is now available on Pakistan virtual library for online reading and download. Check out the following links to read online or download it in Pdf format to enjoy offline reading.