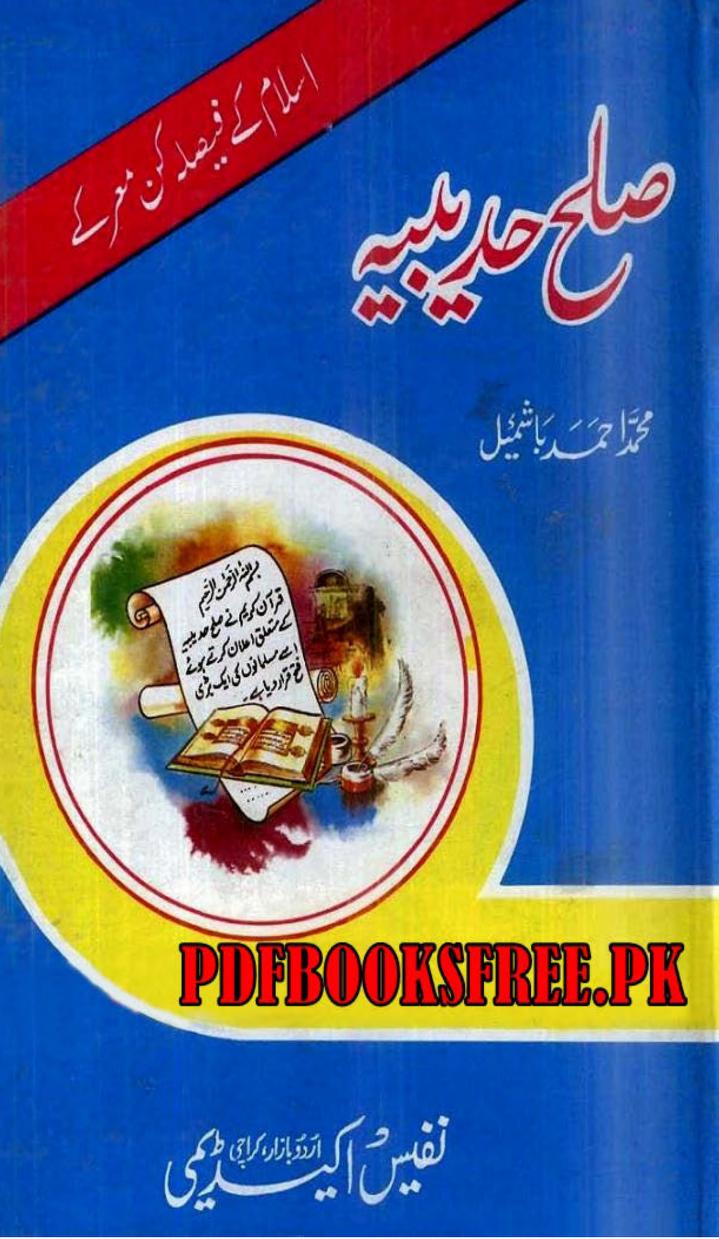 Sulah Hudaibiya in Urdu Written by Allama Muhammad Ahmad Bashmil.Translated into Urdu by Maulana Akhtar Fatehpuri. The treaty of Hudaibiyah was an agreement between Prophet Muhammad (PBUH) and Quraish Tribe. In this agreement, Quraish stopped Prophet Muhammad (PBUH) and his followers to perform Umrah and Hajj for that year. Quraish also wrote that any person of their group, if goes to Muslims group, Muslims must return that person immediately.
After this agreement, people really knew about Islam and they speedily entered in the circle of Islam. That agreement was the base of the victory of Mecca. After that the whole area of Arab was embarrassed Islam.

Visit the following links to read online and also download complete book in Pdf format for offline reading and references.