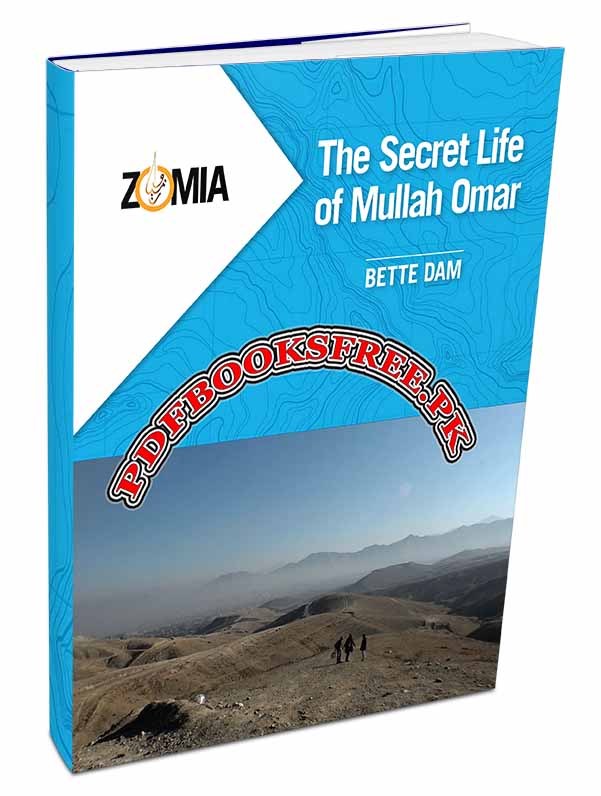 The Secret Life of Mullah Omar authored by Bette Dam and Zomia. The author of this book “Bette Dam” is a Dutch independent journalist covering Afghanistan, who lived in Kabul from 2009 to 2014. She is a guest lecturer at Sciences Po in Paris, and is the author of A Man and a Motorcycle: How Hamid Karzai Came to Power. Her second book, searching for an Enemy, was published in Dutch in February 2019.

This book” The Secret Life of Mullah Omar” is a research report on the life of Afghan Taliban supreme leader Mullah Omar. In this report Bette Dam described that the former supreme leader of Afghan Taliban Mullah Omar never lived in Pakistan, something that US intelligence officials have long claimed. The report is a precursor to an investigative biography on Mullah Omar by the same author Searching for an Enemy. According to the US, Mullah Omar remained the head of the Taliban and conducted distributed funds to Taliban movement figures to be used to manage and execute terrorist attacks and met with Osama Bin Laden in Pakistan, where he had allegedly sought refuge following the fall of the Taliban.

In 2015, the Afghanistan’s intelligence agency, and the Afghan presidential office announced, based on “credible information,” that he had died in a Karachi hospital. “We knew he was in Pakistan,” said then CIA director David Petraeus. “He was really generally down in Balochistan and would go to Karachi and that’s where the hospital was, but we just didn’t have the ability to operate in Pakistan, and couldn’t get our Pakistani partners to go after him.”But, according to Dam, none of this is true.

After five years of research and interviews, and an exclusive interview with Mullah Omar’s former bodyguard, she found that he never left Afghanistan.“The story that emerges is that the US, and almost everyone else, had it wrong. After 2001, Mullah Omar never stepped foot in Pakistan, instead opting to hide in his native land— and for eight years, lived just a few miles from a major US Forward Operating Base that housed thousands of soldiers,” she wrote.“This finding, corroborated by the Taliban and Afghan officials, suggests a staggering US intelligence failure, and casts even further doubt on America’s claims about the Afghan war.”She wrote that Mullah Omar refused to go to Pakistan because of his deep-seated mistrust of the country and his involvement in the insurgency was minimal.

As per interview with Abdul Jabbar Omari, Mullah Omar’s bodyguard from the moment he vanished in Kandahar in 2001 after handing over control of the Taliban until his death in 2013, and by triangulating his story through sources knowledgeable about Mullah Omar’s whereabouts, Dam pieced together Mullah Omar’s life after 2001.Related: Peace talks between the US and Afghan Taliban continue with ‘care and vigilance’ He never lived in Pakistan. Instead, he spent the remainder of his life in a pair of small villages in the remote, mountainous province of Zabul. She wrote that contrary to US claims, he never headed the Taliban after his resignation in Kandahar and lived a life of solitude. US soldiers entered the house at which he was staying at least twice but failed to find him. He died on April 23, 2013 after falling ill in Afghanistan. He was buried in a non-descript grave and his body was exhumed twice, once by his son and brother to verify that he had actually died and the second time to put his body in a casket and bury him properly, on the orders of an unidentified man.

The Secret Life of Mullah Omar book is now available on Pakistan virtual library in high quality Pdf document for the study of our visitors. Check out the following links to read online or download the complete book in Pdf format and enjoy offline reading in your computer and smartphone.