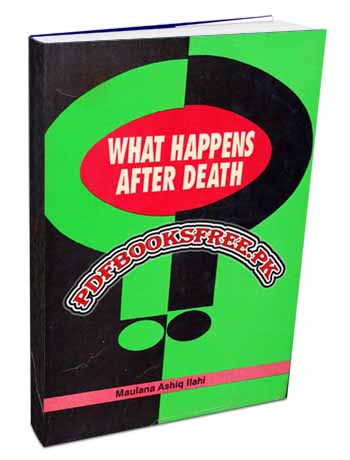 What Happens After Death Written by Maulana Ashiq Ilahi. This book contains the fundamentals of life after death in Islam to educate the Muslims and non-Muslims alike. Belief in life after death is an article of Islamic Faith. The prophet Muhammad (peace and blessings of Allah be upon him) has directed us to believe in resurrection after death and in the Day of Judgement. The Believers have to believe that the life of this world and of all that is in it will come to an end on an appointed day. Everything will be annihilated. That day is called Qiyamah , i.e., the Last Day.
That all the human beings who have lived in the world since its inception will then be restored to life and will be presented before Almighty Allah Who will sit in judgement on that day. This is called Hashar (Resurrection). That the entire record of every man and woman – of all their doings and misdoings – will be presented before Allah for final judgement. That one who excels in goodness will be rewarded; one whose evils and wrongs outweigh his good deeds will be punished. That those who emerge successful in this judgement will go to Paradise and the doors of enternal bliss will be opened to them; those who are condemned and deserve punishment will be sent to Hell – the abode of fire and torture.
Thus if you reflect deeper, you will come to the conclusion that belief in life after death is the most decisive factor in the life of a man. Its acceptance or rejection determines the very course of his life and behaviour.
What Happens After Death book is now available here on Pakistan virtual library in high quality Pdf document for the study of our visitors. Check out the following links to read online or download the complete book in Pdf format and enjoy offline reading in your computer and android devices.
Read online
Download Now
← Previous Post
Next Post →