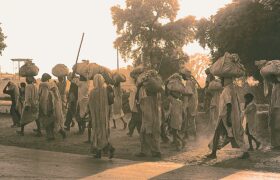 Picture story of the world biggest migration of the history of human being in 1947 on the Independence of the Islamic republic of Pakistan.  Some pictures of the Historical chronicles of Pakistan, August 1947. Approximately 12 million people migrated, of whom about 1 million were killed. India and Pakistan won independence in August 1947, […]