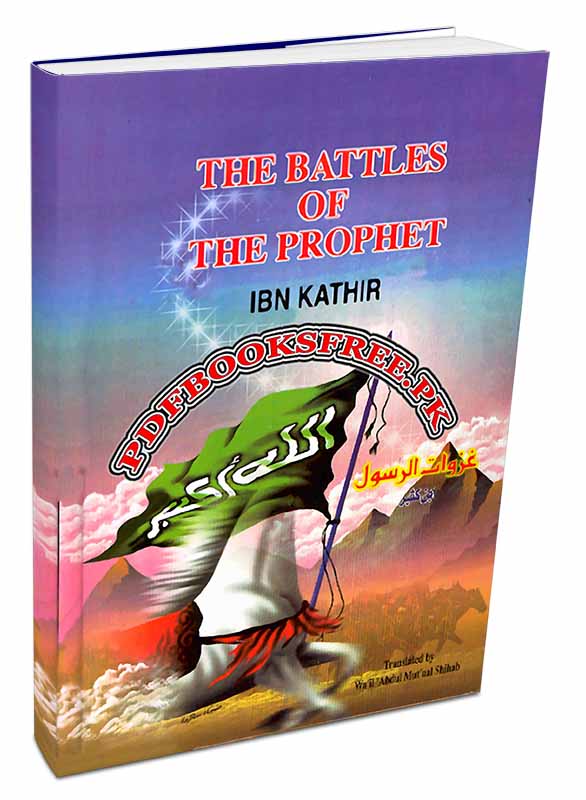 The Battles of The Prophet By Ibn Kathir Pdf Free Download

This book contains complete authentic history of all battles, Badr and Uhud, Khyber, Conquest of Makkah, the battle of Hunain,  which was fought by the Rasulullha (sallallahu alaihi wasallam) against the enemies of Allah and 11 battle which was launched by the Rasulullah (s.a.w), but he did not set out with the fighters. Those battles are , Al-Abwa, Al-Aashirah, Ghatfan, Banu Sulaim, Al-Abwat, the first Badr, At-Ta’if, Al-Hudaibiyyah, As-Safra and Tabuk. Moreover, Buraida said that his father narrated that the Prophet of Allah (peace be upon him) undertook seventeen battles and participated in fighting in eight battles that is : Badr, Uhud, Al-Ahzab, Al-Muraisi, Qadid, Khyber, the Conquest of Makkah, and Hunain.

The Battles of the Prophet s.a.w book is now available on Pakistan virtual library in high quality Pdf document for the study of our visitors. Check out the following links to read online or download the complete book in Pdf format and enjoy offline reading in your computer and smartphone.